New Beginnings would not survive without its dedicated Trustees and Patrons.

The day to day runnning of the charity is managed by Pam and Kevin with the support of our able bodied trustees and patrons, without whom we could not survive. 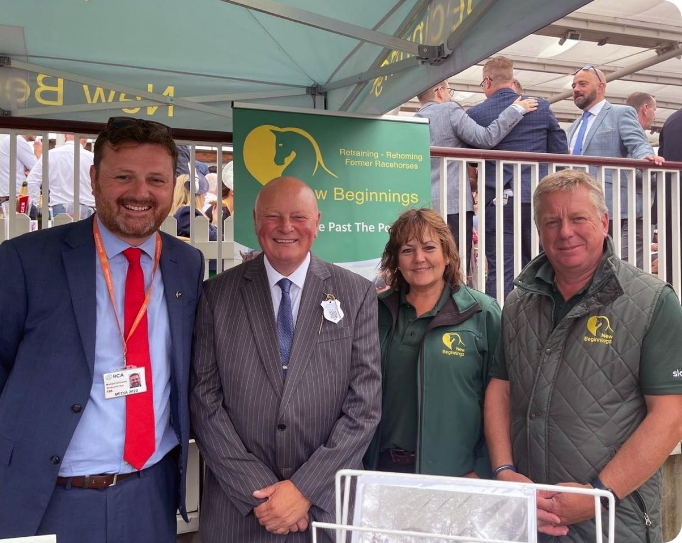 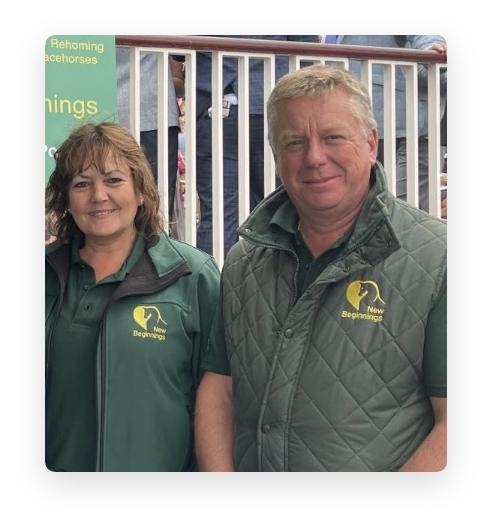 Neither Kevin or Pam come from a racing background, but both have a united passion for these wonderful animals. Not coming from a racing background has allowed them to treat the horses that come into their care as horses who have raced not racehorses. Both have worked in the public sector, Pam as a Commercial Tutor and then in Practice Management and Kevin in Insurance, giving them the knowledge of how to build New Beginnings into the success that it is today, something they are both truly proud of. 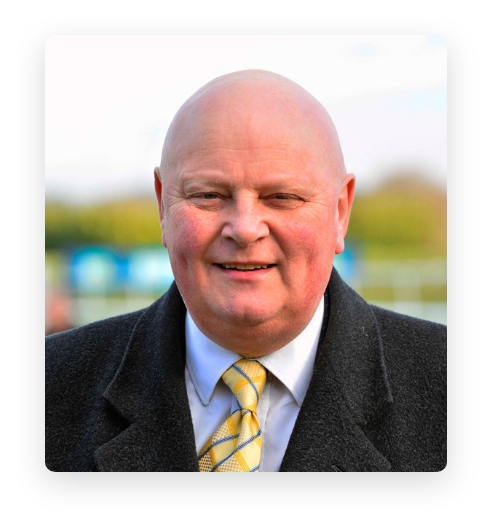 “As a proud Yorkshireman, I’m honoured to be a trustee of New Beginnings. I worked in a professional capacity for Yorkshire racecourses for over 32 years, so I know how important racing is to the county and how the county is important to its racing!

“As a trustee of New Beginnings, I’m continuing my association with racehorses, albeit in a different capacity. These are exciting times for New Beginnings, and I’m delighted to be part of a great team. It’s a wonderful charity which represents a very important aspect of the racing industry, something that appeals to both racegoers and the public as a whole.” 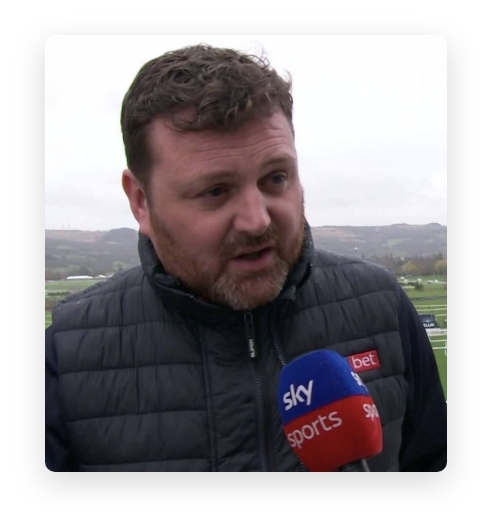 “In my many years of working within the industry, most recently as Head of Sports PR for Sky Bet I have become acutely aware of the need to make provisions for horses in their retirement.

“I was fortunate to visit New Beginnings four years ago and was immediately impressed by the work they do. They prepare horses for the next stages of their lives in a friendly and professional manner. I’m proud to be associated with them as a trustee of the charity as they continue their invaluable work and service to the sport.” 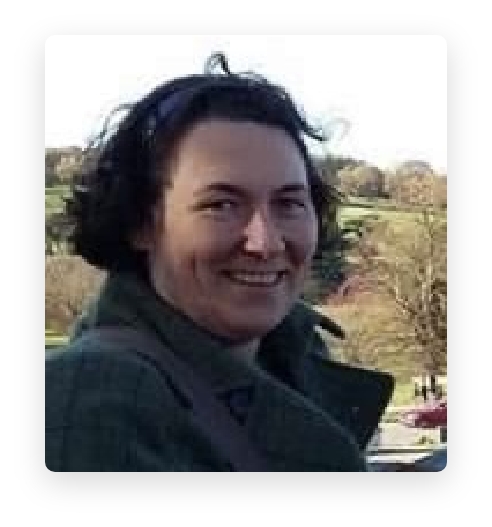 I have been involved with horses since I was a child, going to a local riding school for a few years when younger and then returning to riding as an adult.  I first became involved with New Beginnings in a professional capacity preparing the accounts, so I have seen the huge progression made from day one, and I also know first-hand how immensely dedicated Pam and Kevin both are.

Although I don’t have a great deal of involvement with the racing industry day to day, my involvement with the Charity led me to appreciate and understand the need for the services it provides to former racehorses.  It is an aspect that is quite innocently so often overlooked by many fans of racing, so all awareness raised by the Charity, such as by its visits to racecourses on race days, is invaluable.

Almost inevitably I became the proud loaner of a cherished New Beginnings horse in 2016.  I became a Trustee in 2020 and I still assist with the accounting function to help the Charity as much as I can. 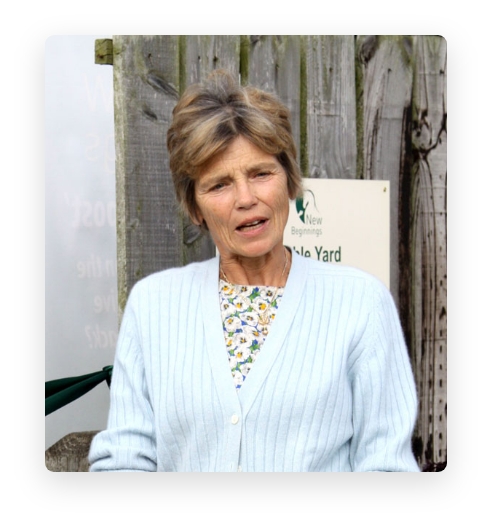 “As a breeder of thoroughbreds and an owner of racehorses I am proud to show my commitment and support by being a Patron of New Beginnings.

“As a horsewoman myself, I can fully endorse the care and empathy show to these magnificent horses, who deserve the chance of a secure and fulfilling life following racing. I acknowledge the dedication, passion and commitment shown by Pam and Kevin to the welfare of all the horses in their care and their support for the racing industry.”

“I feel incredibly proud and lucky to be involved with New Beginnings and have seen first hand the incredible work that they do. From the moment I heard about their work I was fascinated because I truly believe the aftercare for horses is such an important part of racing. As soon as I met Pam and Kevin I realised that not only was New Beginnings a very special place, but it was an organisation being run by incredibly special people. There bright smiles and warmth on arrival made me feel as though I had been coming to New Beginnings for years and made me feel part of the NB family. I have subsequently seen the team and the horses including the legend that is Mister McGoldrick regularly at York racecourse on the Knavesmire and its incredibly satisfying to see how many racegoers pay a real interest in learning about the great work of the charity. The important thing for all of us is to ensure that organisations such as New Beginnings are able to operate freely and without the cloud of financial pressures hanging over their heads so its vital that we continue to get the word out there about just how remarkable a place New Beginnings is. I am sure that if anyone reading this meets, Pam, Kevin or Mister McGoldrick then you will, like me, be incredibly touched by New Beginnings and want to be a part of what I consider to be a great family.” 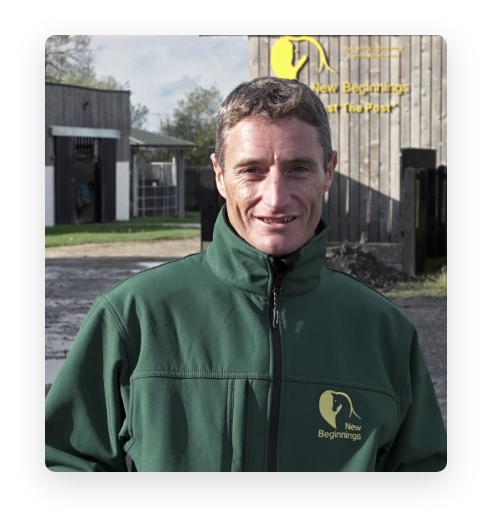 I am honoured and delighted to be a Patron of New Beginnings. They do a wonderful job, I have ridden an awful lot of racehorses through my career, some horses have short careers others have long careers. When they retire they need somewhere to go. New Beginnings do a fantastic job, the care the horses get, the retraining and the aftercare is second to none. 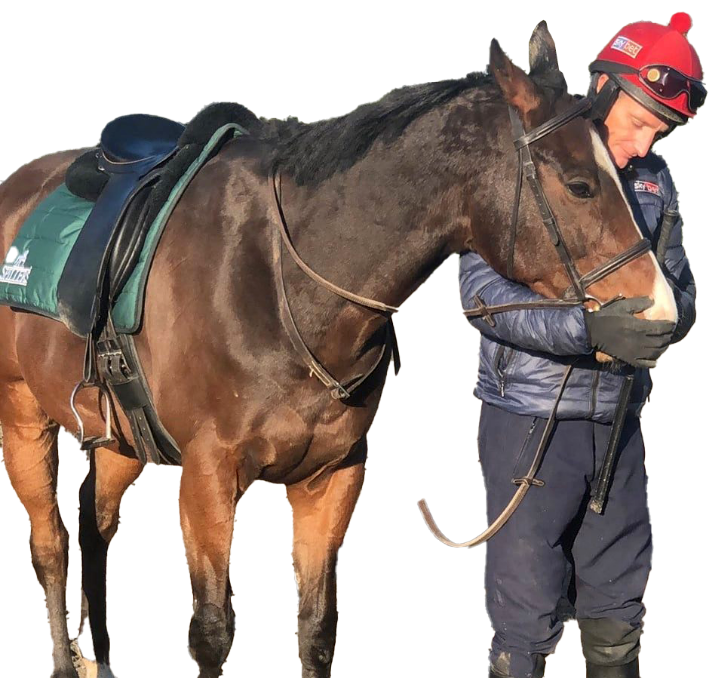 See how you canSupport us

What a day, we took Goldream (Remy) Nearly Caught

We are proud the be the Charity Partner for Bramha

We are so proud of our wonderful ambassador horses

The lovely Ivy (ivory silk) is now looking for her

If long walks in the countryside are your thing th